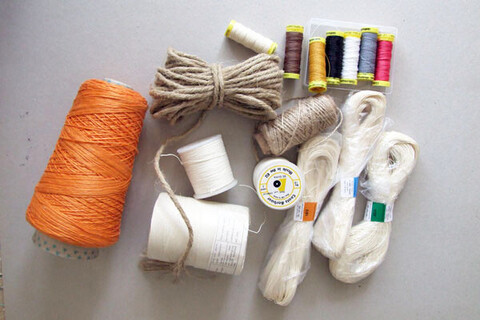 Threads, chosen for their suitability for bookbinding and similar crafts.

Traditional bookbinders use linen thread, although there are many modern products that are just as suitable. It is non-stretchy and strong ~ and made from natural fibres ~ flax ~ linseed.

We stock all the common thicknesses of linen thread, mainly in natural colours. The German Gütermann range has useful packaging since it is spooled such that it will ship at the Large Letter rate (Larger spools, even with the same length of thread, have to post as a Small Parcel). It is available in two shades of white and six different colours. Gütermann is often written in English texts as Gutermann ~ or to follow the German pronunciation without using the umlaut ~ Guertermann.

One of the features of linen threads is the occasional, very infrequent, blemish. This is often seen as a characteristic of linen fabrics. It appears in the yarn as a very slight bump. It is not a fault. If this is objectionable to you will need to snip out and discard the offending length of linen thread, or buy a polyester thread. We do not make any allowance for this, since it is a normal, if rare, feature that we expect knowledgeable buyers to accept.

We sell bookcraft threads by the length ~ for which the little used unit is the Thread ~ 1.4m or 54inches ~ enough for six or more A5Portrait book sections. We obtain these lengths by cutting into a skein, which is wound on a 54inch diameter wheel at the factory. We have a separate note to help you prevent skeins from untangling.

Some linen threads are sold ready-waxed. Some people do not notice the difference between waxed and unwaxed threads. Wax thread is ~amongst other things ~ stiffer and less likely to get caught on thing when in use. It is easy to wax thread yourself, if required ~ it is not easily possible to de-wax it. We sell beeswax as well, and a small lump of that will last a lifetime. More information on this is available at busybusy.co Currently only the Guertermann threads and our 50gm bulk reels of 35/3 are the unwaxed threads.

We do not stock and cotton or polyester threads. We do have some jute or hempen cords and twines. 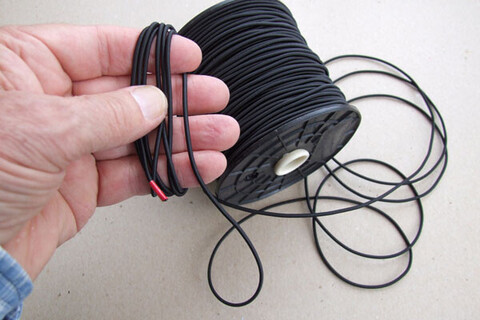 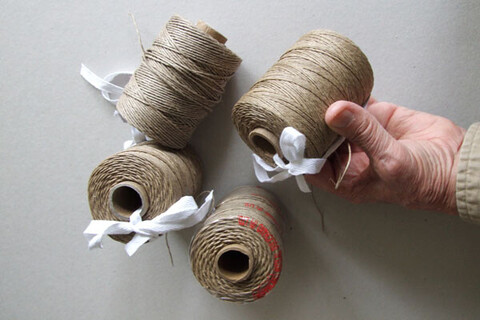 Hemp and Jute Cords and Twines 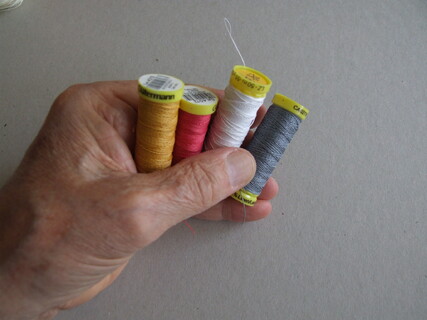 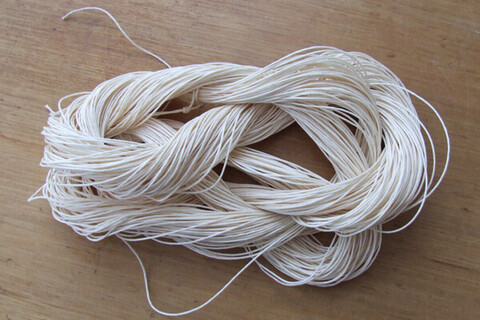 Linen threads available in skeins or on spools of various sizes 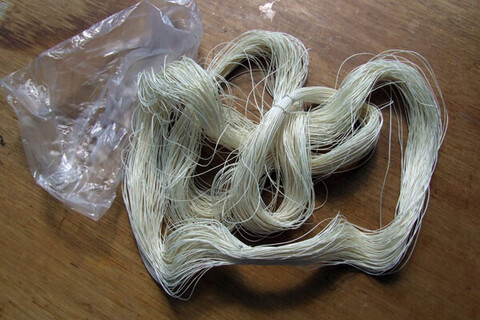 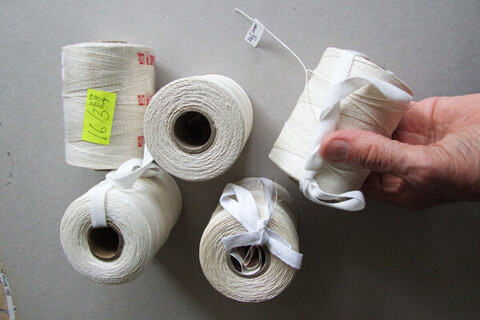