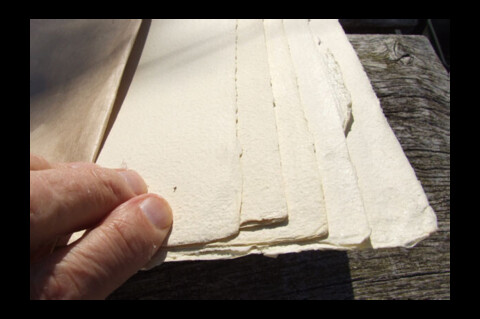 SKU: 126133
Stock Status: 4 pcs
Delivery Status: 1-3 days
Hand-made at the Two Rivers "Pitt Mill" in Somerset, UK, this paper is similar to the type of paper that was used in the later part of the 18th century by artists such as Thomas Girtin (1775-1802). This is a laid paper which can be used on either side, although the couch markings are slightly more pronounced on one side. There are flecks of unbleached linen fibre showing. It is a "NOT" paper, tub-sized with gelatin. It has deckle edge all round. Cut sizes are available in a separate listing.

Pit Mill uses fibres mixed with pure Exmoor water which also powers the mill's waterwheel. All the manufacturing is carried out by hand, and the finished sheets are hung and dried naturally under the rafters of the mill's loft.

The company has opened new premises at East Quay in Watchet and much of the production has moved there.

Our listings for Imperial Sized sheets do not include the cost of carriage. It is likely to be prohibitive if single flat sheets are required. We are happy to roll, fold, crease or cut as required. There is no charge for this if a full sheets is cut to order. Smaller sizes can be cut ~ on request ~ but there will be a modest increase in cost per area. 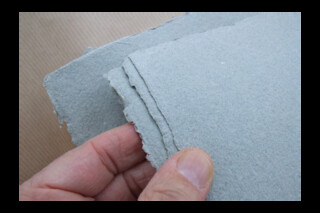 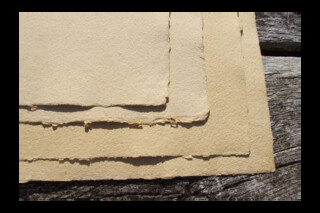